That's what makes a market

lmkwin ✭✭
October 29 edited October 29 in Using Technical Analysis
I do appreciate the diversity of opinion that is allowed on StockCharts.com. You won't see that on Investors Business Daily. Or on Nasdaq Dorsey Wright. They do allow it on CNBC and Bloomberg, but usually ridicule the contrarian view point from the approved network message. 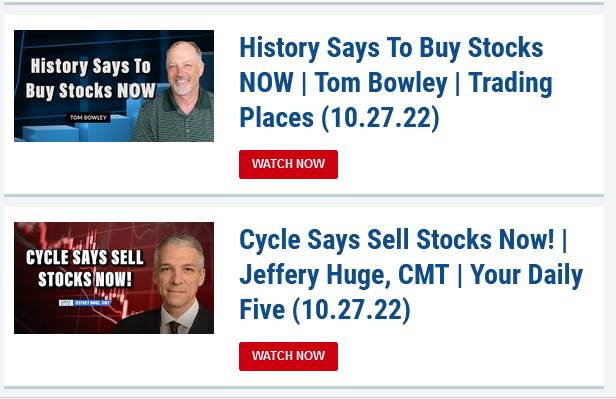 The other day Greg Morris essentially called anyone that uses Fibonacci in technical analysis a moron. "Junk Science; Junk Analysis!" was the title of his blog post. Later that day, Dave Keller, Chief Market Strategist at StockCharts pointed out where the moves in the market are and their Fibonacci levels.

I do appreciate all viewpoints as that's what makes a market.